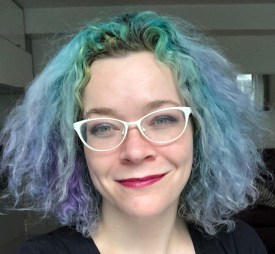 Charity is professionally caremad about computers. She is an operations and database engineer and sometimes engineering manager. Right now Charity is the CTO and cofounder of Honeycomb, builders of observability for distributed systems. (“Monitoring” doesn’t have to be a dirty word; give it a try.)

Until recently Charity was a production engineering manager at Facebook, where she spent 3.5 years working on Parse (both pre and post-acquisition by FB). She also spent several years at Linden Lab, working on the infrastructure and databases that power Second Life, and is the co-author of “Database Reliability Engineering” by O’Reilly.

Charity was a classical piano performance major in college, but dropped out because it turns out she prefers not being dirt poor. She has been building systems and engineering teams ever since.

Charity love startups, chaos and hard scaling problems, and somehow always ends up in charge of the databases.